New tools that will make everyone happy with the school meal

School meals. We've all been there. Why does the food not end up in the stomach? Why are so many resources and potential wasted in the system? The National Food Administration has struggled with issues and suggestions for improvement regarding the Swedish school meal for many years.

With new tools and support from Vinnova, the National Food Administration is now helping four municipalities in Sweden to map and improve their system around the municipality's school meals and how they should be better utilized. Together with a design consultant, the municipalities will work during the spring to find new ways and plan a test for a system change during the autumn term. 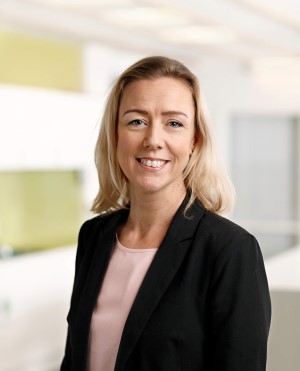 This is how Anna-Karin Quetel, sustainability strategist at the National Food Administration, tells us about what the process looked like when they made a survey of the school meal system and got four municipalities to test new ways to produce school meals that are really taken advantage of.

What did you really want to solve - and what problems did you see when you mapped out the school meal?

The basic challenge we have struggled with for decades has been that the school meal is simply not taken care of. We spend quite a lot of money on these meals, which are not really taken care of and which no one really cares about. The result is often that the food does not end up in the stomach. It feels like an incredible waste of resources and a potential that we are missing out on.

We could have had full and happy children but do not really manage to take advantage of the opportunity.

In what way did you see that the National Food Administration could benefit from working with system mapping to rectify the problems?

We needed to understand what is important to all parties involved. What does a student need to want to eat school food? What does an actor who works with school food need to be able to deliver this service and contribute to the school food being as good as possible?

We face the same challenges as we did 30 years ago. Why has nothing happened?

We also needed to understand the different connections between the actors' problems: What is the reason why the children do not eat? Do they find the food distasteful? Do they have too little time to eat? Or is it because the teachers do not like the food? We wanted to dig deeper and understand in a wider way.

We face the same challenges as we did 30 years ago. Why has nothing happened and why have we not been able to solve this despite countless attempts?

How did you get your colleagues with the idea to work in this way?

The incentive was when Vinnova stepped in with expertise and tools in this area. We had the opportunity for funding and help with processes for the work. There we saw an opening. It requires new methods and working methods, new ways of looking at challenges and solutions - tools that we have not had. It helped us get started and map out the challenges in the system around the school meal.

We gained access to both financial support and the opportunity to work with Vinnova in this survey. Vinnova participated in the entire process.

Everyone had to give their views

In the work together with the consulting support we received from Vinnova, we came to the conclusion that a system survey could contribute with a new understanding.

The work was done with the help of a design consultant and we had a lot of focus on the qualitative effects around the school meal. The consulting firm has helped us draw the map of challenges for the various the actors in the system.

The approach gave us a broader perspective. We see new challenges that were not clear before.

We conducted interviews with teachers, students, school cooks, primary producers, authorities such as the National Agency for Education, the Procurement Authority and the Swedish Board of Agriculture. Everyone had to give their views and tell about their challenges.

The work resulted in us drawing a map of the entire system and arriving at a common goal picture for how we can redesign the system for the school meal.

Our next step was to, together with Vinnova, select four municipalities that will function as test municipalities and make a survey themselves to identify opportunities for improvement. These would receive the same methodological support as the National Food Administration and make their own system surveys to identify challenges in the municipality's system for school meals.

The municipalities were selected after a offer of tool support on Vinnova's website, a so-called call for proposals. The municipalities had to apply to be test pilots and thus be offered consulting support and tools for the work process. Those who were selected had the chance to go through the same methodological support and process as the National Food Administration had previously done.

The municipalities were aware of the situation! They were already in the starting blocks with suggestions for the school meal.

About 30 municipalities applied for methodological support for mapping their school meals. The four selected to participate are Munkedal, Hofors, Vallentuna and Karlstad.

During the spring, the municipalities worked with system mapping to learn to understand their own systems - and what the various the actors in their municipalities face for challenges. They now also get help to design and generate new working methods and new ideas to be tested in reality and also help to evaluate the test results.

How did the first project go?

It is an incredible feeling to be able to support the municipalities at the same time as we ourselves are supported by the service design agency we have hired. The National Food Administration coordinates the work, but in practice it is the agency that carries out the method support.

We are completely new in this way of working.

Munkedal, Hofors, Vallentuna and Karlstad are currently coming up with new ideas after the survey, which would take the entire spring in the municipalities.

We found out quite quickly that they already had incredibly good control of the situation and early customers get started with ideas for solutions. Now the test plans for the autumn semester are being prepared. It is simply a matter of selecting and deciding which ideas we have that are valuable to test for the autumn school meals. And not least which actors in the local community are important to include in the test. This is a really fun exploration phase.

There was a great need to let go and test new ideas and ways of working.

Different hypotheses are now being designed about what one can expect to happen if one does a certain test. We will set up new ways of working - who does what? And who decides what?

How will you continue to work with system mapping at the authority?

The approach gave us a broader perspective. We see new challenges that were not clear before.

At the National Food Administration, we have an ambition to continue this work for several years. The tests that worked, we will scale up and do new tests.

The whole core of this way of working is that you make more actors happy than those in your own downpipe.

A challenge how we take these small focused investments further so that they have a long-term life and make a difference in the long run. When we take new roads, it is important not to slip back into the old usual ruts. Now we have a broader perspective and can identify challenges in the whole process and system around the school meal. We see more perspectives around the goal than we did before. And it also means that we get more actors with us - which is absolutely necessary to understand the context and bring about a change.

The whole core of this way of working is that you make more actors happy than those in your own downpipe. You simply meet the needs of more players.

We hope that these are ways of working that will spread to other parts of society.

Actually, it's just about common sense - common sense, but at the same time revolutionary to get a tool like this to work with.

My colleagues and I have stated that we will not want to work in any other way in the future. We can not go back to old ways of working now that we have learned how effective it is to work with the actors affected by the system.

We will never want to work in any other way in the future.

Does your organization want to try the method?

Does your organization want to develop and adapt your regulations so that they work better with reality?

The research is clear, the industry agrees - the food system needs to be transformed to be sustainable for both peopl...

Information
The public meals of the future

With 4% of the turnover in the food industry, public meals can affect our society.